It’s true that when you picture a construction site, you probably don’t picture a sea full of women. But just because it’s a traditionally male-dominated industry, doesn’t mean that there aren’t more and more women joining the skilled trades workforce, and for good reason! 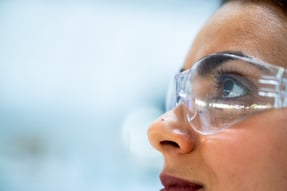 The skilled construction trades offer numerous benefits and opportunities for men AND women alike: great pay, career stability, job satisfaction, great work-life balance, on-the-job training, hands-on work, and so much more. What’s even better for women: the gender pay gap is almost non-existent! On average, women in the U.S. earn only 81.1% of what men make, but in the construction industry, women, on average, earn 99.1% of what men make. And it is 100% in the organized construction trades. There is NO inequality as one hour of work equals one hour of pay, male or female. That’s quite a difference, and in a male-dominated field, no less!

While it may feel intimidating at first to consider a field that is so traditionally male, great success awaits, and the trades are committed to supporting women who want to bring their knowledge and power to the workforce. In future posts, we’ll talk about what some of the trades are doing to attract women, train women, and make them more comfortable on construction job sites and in construction offices. We’ll also highlight women who are blazing a trail for other women, making it easier for them in this traditionally male-dominated field to be accepted and appreciated.

We’re not gonna lie, working in the construction trades is hard work, it’s sometimes dirty work, and you’ll have to be committed to succeed. But the career opportunities are truly limitless, and the benefits are great.

Want to learn more? There’s never been a better time to check out a career in the construction trades! If you were interested, for example, in learning more about the electrical trades, go to this page, fill out the form, and we’ll match you up with a local training center that can tell you about training opportunities and jobs in your area.