After the 2008 recession, construction and skilled labor numbers declined.  Now, as the construction industry busier than ever, the demand for well-trained, highly-educated tradespeople has never been higher.  Now is a great time to begin a career in the construction trades.

The new subdivisions, apartment buildings and retail complexes popping up, there's a costly challenge for developers: There aren't enough skilled workers to do the job.

The 2008 recession caused massive job loss. Now, the industry is rebounding, but the skilled labor isn't, which means higher prices and possible delays for consumers.

"We need about 80 percent more framers out in the marketplace," said Tim Minton, director of government affairs for the North Carolina Home Builders Association. "It's a wonderful problem to have." 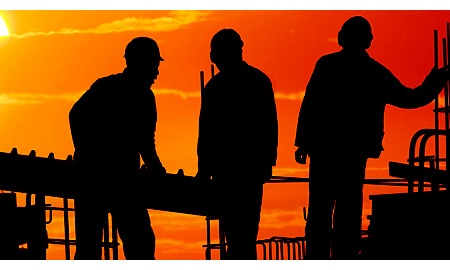 "A lot of people left when the economy went down and I think have been reluctant to come back to fill these jobs," Wilson said.

"In the Triangle alone, about 20 percent of our jobs were in the construction field, and they went away literally overnight," Minton said. "It's going to take some time to catch up."

The need for those workers drives up pay and the competition among construction companies in hiring.

"They're literally coming onto our job site and offering those guys more money to leave the job that day and come work for them," Grimes said.

Builders are thankful for the growing workload, but they also worry about keeping up.

"Wages can go up to some extent, but when you just run out of people, you can't keep building buildings if you just can't find the people to do it," Wilson said, noting the "certainty of when you can deliver a project and how much it's going to cost" suffer as a result.

Because of the skilled labor shortage, the construction industry is reaching out to high schools and community colleges to ramp up their trade programs.

"Our hope is we'll see just more people move to that as a career field, and hopefully that will help with the price and timing and everything else," Minton said.