Did you know that the average American spends approximately 90% of their time indoors, and that nearly 86% of American workers sit all day at their jobs? As humans, our bodies were designed to move often and freely in the outdoors, not sit at desks in artificial light and stale air. Countless studies have proven that few things are better for our health than spending time outdoors, on our feet, in natural light. 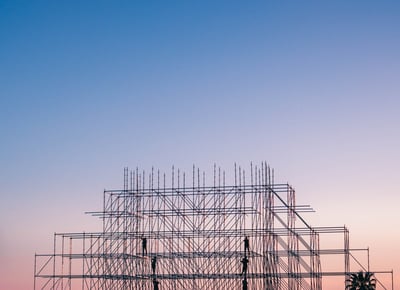 This is why a job in the building trades is such a breath of fresh air, both literally and figuratively. As we all know, many construction jobs take place outdoors. For example, tradesmen and women build homes and office buildings, they construct bridges and highways, they maintain the power and telephone grids, and they install the networks and charging stations our electrified homes and cars need. There are exceptions, of course, but even the tradespeople who work indoors more frequently, such as the finishers, spend considerably more time outdoors than the vast majority of the population. The mental and physical benefits are countless. Spending time outdoors:

So, when we look at the benefits of working outdoors, it’s not surprising that people working in the building trades have some of the highest job satisfaction ratings. They work in an environment that is custom-designed by mother nature to make them happier, healthier, and less stressed. Sounds good, doesn’t it?

Of course, working outdoors does have its downsides. You’re more exposed to the elements, which can make some workdays a little less fun, yet you’ll be hard pressed to find a tradesperson that would exchange it for the alternative, even on the hottest, coldest, or rainiest days.

Ready to say goodbye to your uncomfortable desk chair and dimly lit office? Ready for a breath of fresh air? Learn how to get started with a rewarding career in the building trades today.